Soccer and nutrition: my experience behind the curtain: Part II 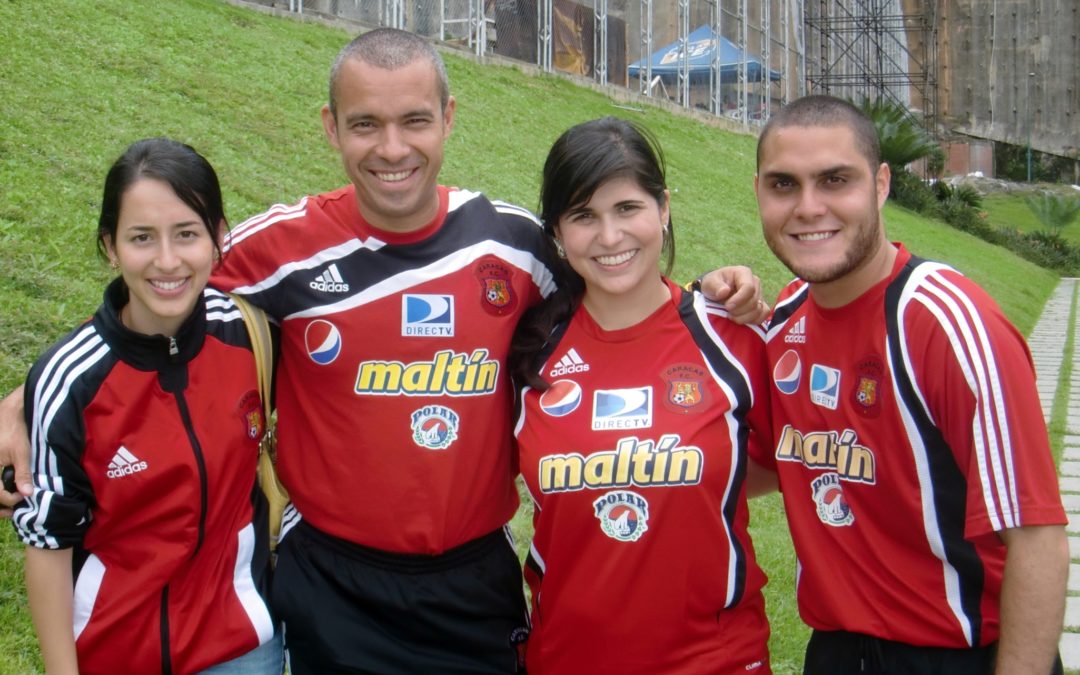 A good friend and professor of mine told me once “Lilia, do you want to help me out assessing the Caracas Football Club?” (it was the first division soccer team and the most popular and successful team in Venezuela at the moment). He asked me that two weeks before my wedding and in my last week at Uni as a student! I was supposed to travel by plane, evaluate at least 30 male athletes in two days, supervise meals, do hydration and sweat patch testings, and you know what? It was an offer I couldn’t refuse, so I SAID YES!

From that day on, and with the background I had on being a passionate soccer fan, I started to live my dream job; or at least I thought it was! I’ve had some previous experience with that specific team and some others, but never in a pre-season confinement. Hot weather, a lot of equipment to carry and hungry players to feed was my daily life from that moment on until when I arrived in Australia. A little bit over two years with many experiences to share.

When you start in a place were the Nutrition and Dietetics Department wasn’t considered important, and in an industry mainly dominated by men, the beginning of the journey is clearly a roller coaster. Body composition assessments weren’t up to date, hydration strategies weren’t specifically tailored for each player, and the culture of having specific types of foods before, during and after training sessions and competitions needed a lot of work.

Did I do all that by myself? Not in a million years! I worked with wonderful colleagues and friends committed to give to the Institution the best we could offer, and we did! But the hardest thing was to be respected, to have a valuable opinion and also be included.

A change for good in soccer:

Years have passed, and from the distance, it seems to be another story now. Many colleagues were part of the industry after me, they created their own spaces between the soccer teams. We have been on the field, behind the cameras and of course behind the curtains without no one knowing of our presence. Working as a Sports Nutritionist is a rewarding career, and I had to share with you some highlights of my start in the industry.

In the middle of the FIFA World Cup 2018, I wonder sometimes: How would it be to actually work for an international soccer team? How awesome would it be to be part of a team who respects you? To not be considered ‘bad luck’? I still dream with that job, and I hope to have it not only as Sports Nutritionist but also as Sports Scientist. I will keep you posted but in the meanwhile… keep watching the games and wonder with me: Who is the nutritionist behind that team?

Lilia has a Bachelor degree in Nutrition and Dietetics and a Post Graduate Diploma in Sports Nutrition; passionate about Sports Nutrition, performance enhancement, exercise science and weight management. Lilia always works toward the fulfilment of her client goals, prioritizing their health over nutrition trends.

This site uses Akismet to reduce spam. Learn how your comment data is processed.

To all the amazing female cyclists out there! I w

Who is getting ready for the ISAK level 1 accredit